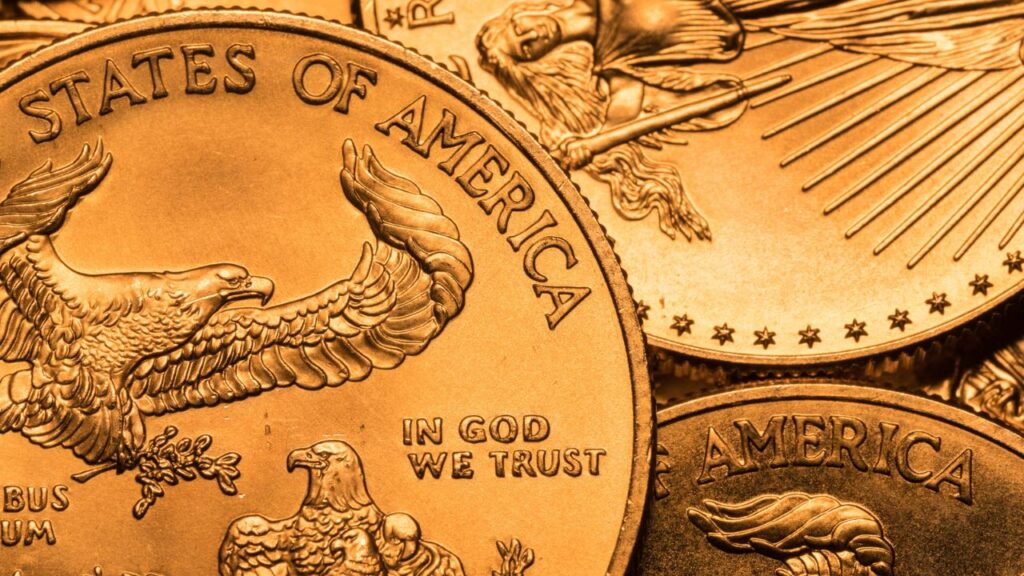 The owners of this website may be paid to recommend Goldco or other companies. The content on this website, including any positive reviews of Goldco and other reviews, may not be neutral or independent. Read our Advertising Disclaimer.

While America’s Treasury possesses more gold than any other country, the amount of gold owned by the Americans cannot be accurately defined.

Gold is one of the most valuable and traded commodities in the United States and worldwide. Gold isn’t just a safe haven for investors; it is a highly valuable metal that everybody admires. However, only a few people own gold.

Undoubtedly, the US has the largest gold reserves on earth. However, not many people possess this precious metal. Studies have shown that only about 10.5% of Americans own gold, and of this 10.5%, most are not ready to disclose how much gold they possess.

How Much Gold Is In The United States?

The Department of the Treasury owns more than 260 million troy ounces of gold, far more than any other country. In the vaults scattered around the country are more than 8,100 tons of gold. However, this value is sometimes believed to be exaggerated.

According to many analysts today, China owns the most gold. These analysts believe that the actual amount of gold in the vaults of China is widely under-reported. Looking at it, however, you still cannot dispute that the US has a lot of gold.

The reason the Federal Reserve owns so much gold is to help the country with the promotion of stability, the management of risks, the prevention of inflation, and also to help strengthen the dollar.

How Much Gold Do Americans Own? 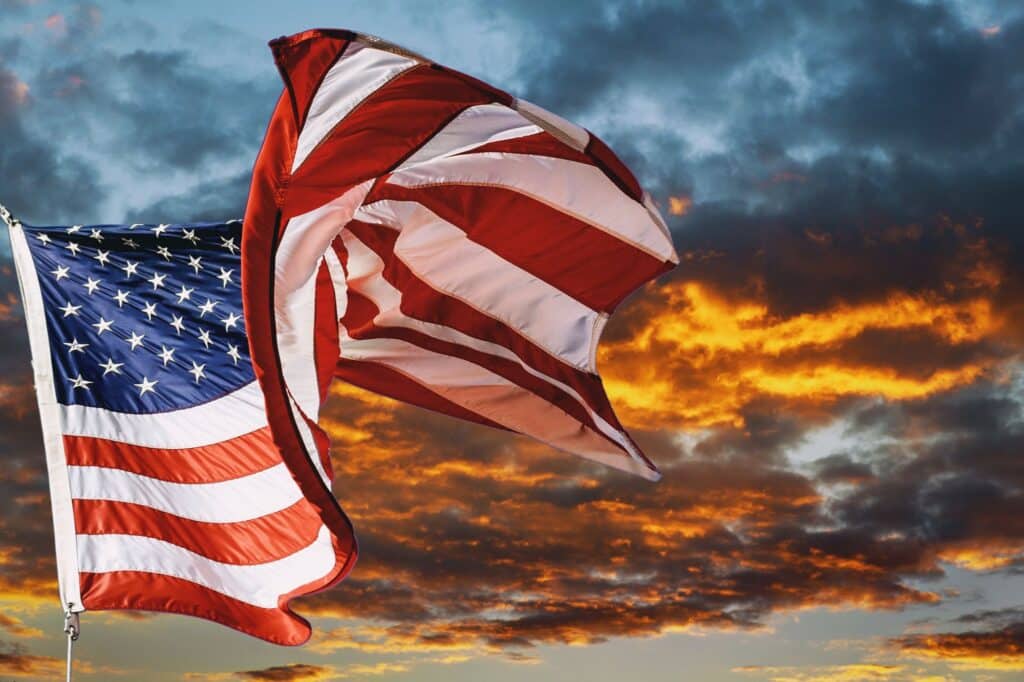 In 1932, the possession of gold was declared illegal, and even during that time, many Americans already possessed a whopping $1.4 billion worth of gold. At that time, gold of that price was already worth twice the reserves of the highly revered Bank of England.

The government did try to seize gold possessed by Americans, but up to 20 percent of the gold was nowhere to be found. This “hidden gold” was held by wealthy individuals who passed it on to generations up to this present day.

Today, Americans can freely purchase and store gold, which has thrown the market wide open. While we cannot categorically say the amount of gold Americans owns, we can confidently say it is far more than the $1.4 billion estimated in 1932.

The United States isn’t the only country finding it difficult to calculate the amount of gold owned by its citizens. Other countries like the UK and India have faced similar issues, according to The World Gold Council, the major body responsible for tracking the rate of demand and supply in the gold market.

Why It’s So Difficult To Get An Answer

Modern American Society is one of the most monitored and quantified in history. Today, there is data for the number of refrigerators in every household in the country; there’s even data on the percentage that dogs contribute to the economy. But when it comes to the amount of gold owned, it becomes tasking.

The question of the amount of gold owned by Americans is seemingly comprehensive but actually, there isn’t a reliable answer. The main reason it is difficult to get an exact value is due to the secrecy surrounding the ownership of this yellow metal.

No one goes around the streets of Manhattan telling people how much gold they have in their basements. No one goes to Twitter to tell others how much gold they bought from a dealer, and unlike paper currency, gold transactions involving physical gold aren’t documented by banks or the government.

It is important to know that gold doesn’t only come in the form of bars and coins; it also comes in the form of jewelry, decorations, sculptures, furniture, etc. All of these contribute to the difficulty in getting an average.

Also, gold can be easily moved into the country without needing to convert or be questioned. This means tracking is almost negligible.

Many Americans also purchase gold bullion and coins from overseas. Also, many non-Americans purchase gold in the United States, and there is no quick or easy way to get a date that makes sense.

We know that every year, investors in America purchase more coins and bars than the previous year. However, we do not know how much gold Americans own. But we don’t think you should blame us for this; even the World Gold Council doesn’t know this, and they’re practically the World Gold Council.

Several studies have shown that Americans possess about 500 hundred billion dollars gold. However, this value was only gotten from surveys with limited credibility and resources. Many Americans own at least one piece of gold jewelry, but you’d barely find Americans who own gold bullion bars and coins.

According to geologists, gold has been on earth for billions of years. In civilization, gold was owned by wealthy individuals and used as a currency in the form of coins. As time progressed, more people acquired gold, which was passed on to generations.

Elites, including the World Gold Council and several analysts, suggest that between 2.5% and 25% of the total population own physical gold. The range is, however, too wide to make any comprehensive analysis.

No one has ever known how much gold Americans own. No one even knows the exact or close to the exact number of Americans who possess gold. Most figures you see online are obtained from a few people’s surveys.

In a survey conducted on gold ownership in the US, 1,500 Americans were asked if they owned gold, silver, or both, and it was suggested that about 10.8% of Americans owned gold. However, this survey is only an estimate, and its accuracy may be far off.

But if we were to divide the total gold in US vaults by the country’s population, every individual would own about 0.7 oz. of gold, a figure that is still subjected to many questions as most Americans do not own gold at all.

From a series of studies, it has been seen that gold isn’t evenly distributed. Many households own a lot of gold, and other households have never seen gold, literally.

Q1: Who Has The Largest Private Gold Holdings On Earth?

At current prices, the household gold of India is worth more than a trillion dollars. However, gold owned by Indian households are mostly in the form of jewelry and decorations.

Q2: Can The Government Seize Your Gold?

Although rare, the government has the power to seize your gold bullion during times of national crisis. However, it is important to know that gold coins are seen as collectibles and will not be confiscated according to current federal law.

It is not illegal to buy or invest in gold, and as such, the government has no issue, irrespective of how much gold you can buy. Today, buying gold is easier than ever. You can get them online and even in banks; unlike paper currency, the government doesn’t monitor the amount of gold you own.

Q3: Is Gold A Good Investment In The Present Day?

Just like other commodities, the price of gold can sometimes be volatile. However, gold is unique for maintaining its value even during the most excruciating times like inflation and recession. Today, gold is one of the most valuable and traded commodities among investors.

Gold doesn’t change color, it doesn’t rust, it doesn’t expire, and analysts suggest that it will still keep up with its value in the future. If you’re considering investing, gold can be well worth it.

Yes, the dollar affects gold prices. A collapse of the dollar can increase gold prices to over $5,000. Today, the price of gold per ounce is about $1,700, which investors still consider very cheap. Because the US dollar dominates the gold market, a change in its value can be triggered by a change in the dollar.

In a nutshell, the dollar is inversely proportional to gold. This means that when the dollar value goes up, the value of gold will likely reduce and vice versa.

Gold is the preferred investment option for many investors around the world. However, only a few people are investors. Most Americans you’d come across today do not own gold. However, the average amount of gold owned by Americans is still not known.

The secrecy surrounding the possession of gold, as well as the inability of the government to track all gold-related transactions are some of the reasons even the World Gold Council can’t answer this seemingly easy question: how much gold does the average American own?

Posted in Blog
← Why Is The Gold-To-Silver Ratio So High?What Is The Best Type Of Gold To Buy? → 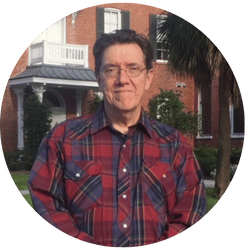 Hi, my name is Martin Thomas, the sole owner of Sutter Gold Mining. This site is a place where people can learn to invest in a gold IRA to secure their life successfully! 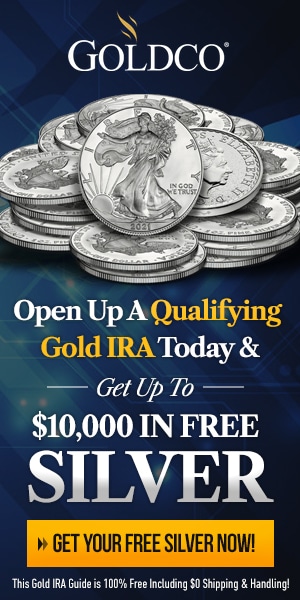